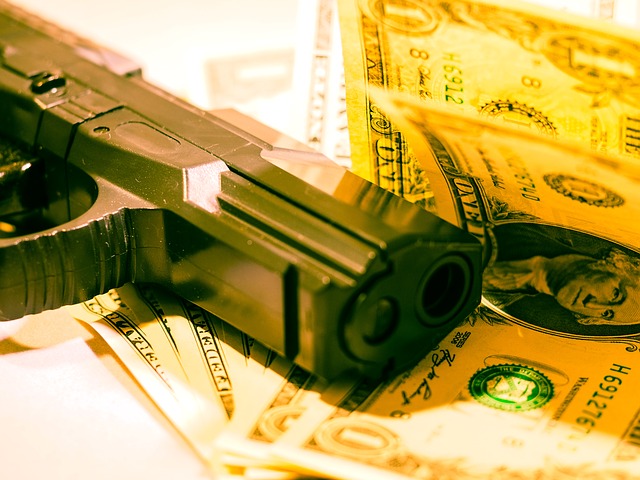 I don’t really have any amazing insights to share with you today, I was too busy writing. So I thought, why not share that with you? Here’ a part of a nice little short story for you, next part coming soon:

There are two other robbers besides me, and I am sure that underneath those animal masks, they are just as confused as I am. I suppose all three of us had the same idea at the same time, only that in their case, two people had the one idea. By the coordination of the style of the mask, it is easy to see that they are working together while I came here alone, but the unfailing nature of the human brain groups the threat into one homogeneous group and assume we are all a part of one gang. For the sake of not breaking the spell, our eyes meet and broker a truce.

After a few theatrical nods at one another, the small one, the voice of whom identifies him to be a woman breaks the relative silence.

“No one fucking move!” There is a renewal of the screams and the panicked sobs from all over the bank. “I want you all to shut the fuck up, I don’t want to even have to remember you are here until I decide I want you to do something else, got it?!” Her voice is commanding, but so young that I feel comfortable referring to her in my head as a girl rather than a woman.

She is also very good at this. She lets her voice do the threatening, letting her shotgun rest idly yet menacingly on her shoulder.

The other one, the one built like a refrigerator with arms and legs, comes over to me and looks me in the eye.

“Well, I suppose we all thought this will be a good idea.” I say apologetically, as if I am the only one doing something wrong.

“Can’t really walk out now and tell the cops ‘oh, they threw me out, so I’m as innocent as a baby lamb,’ can I?” He considers this for no more than a nano-second.

“Twenty five? I’d be doing a third of the work, fuck that shit.” Everyone is looking at our little huddle, still enchanted by being screamed at by the girl, still too afraid to move and displease their new mistress.

“It’s our damn plan!” The voice behind the bear mask is beginning to sound unnerved, like his finger is going to stop asking his brain for permission for anything… trigger related.

“I had a plan too, not my fault you guys had a similar one.”

“Are you in, or do I have to take your gun away?” The bear asks. It’s not so bad, I start thinking. I’m good at following orders, and having someone else in charge always makes it easier to deal with the ethical ramifications of what might come.

“Come with me, my daughter is going to watch the front.” He must be so proud.

We walk around the bank’s lobby, my ursine friend shooting his glance in every direction until he locks in on an older lady and grabs her by the arms and pulls her to her feet. She looks well-to-do, tasteful jewelry, a nice lady’s business suit, a fancy leather bag, and even a jacket despite the afternoon heat.

It’s a small town and I recognize her immediately. It’s Mrs. Shaw, my eighth grade science teacher. She seems to be doing well in retirement. I wonder if Poh, as I began to call my new partner in crime, picked her because she was particularly nasty to him when he was her pupil, though he might be too old.

“This one is yours, I’ll be back in a second.” He says as he runs to grab the bank manager, Mr. Schweinhofer. We escort our hostages to the back of the bank, Poh on point and me following at the rear after the hostages, who are trapped between us. At the back is, of course, the vault. I was going to ignore it. It seemed like too much trouble and leaving the lobby with unattended hostages seemed ridiculous. I was going to grab anything and everything in the tills before making good my escape, but Poh and Piglet obviously had a different plan.

I can still hear Piglet shout at the hostages; she seems to have found a particularly annoying hostage to abuse and make an example of, using degradation instead of that Remington she has over her shoulder.

Poh pushs Mr. Schweinhofer against the vault door, which isn’t at all as impressive as they show in the movies. It’s just a big steel door with a few keyholes and some rotary handles. Mr. Schweinhofer looks on the verge of hysteria and Poh slaps him.

“Open it!” He points at the vault with his MAC-10. I feel rather inadequate with my machete and Glock. I look like some confused hillbilly who decided at the last minute that it would be a gun fight and had the presence of mind to go prepared. My own Nixon mask feels more comic than threatening now. Buying it was more of an impulse than a plan. I saw it in a movie, and I suppose anyone can guess which movie I mean.

“Okay, you’re up.” Poh gestures me into the room after throwing a duffle bag at me and taking hold of Mrs. Shaw. “Grab everything, don’t worry about those movie clichés about sequential bills and crap.” He winks behind the ursine eyeholes.

I walk in and start shoving money into the bag. The stacks are neat and smell good, but there is alarmingly few of them. It’s a small town and a small bank in a small state in the biggest economic power on the planet. I don’t let that stop me. I mechanically thrust my arms forward, grab the stacks and extract them and deliver them into the brown bag on the floor.

I can hear Mr. Schweinhofer behind me trying to reason with Poh, get him to surrender, though he includes me in this appeal, I still think of me and the two cartoonish animals as two separate entities. I hear another slap and Mr. Schweinhofer falls silent.

When I can’t find anymore stacks in the cabinets, I do a final sweep of the room to make sure I took everything I could and I head back to join Poh. He looks giddy, somehow. The tangibility of the money got him excited.

We take the two ragdoll-like hostages back to the lobby, where Piglet is hunched over a hostage and explaining to him that somehow, this is all the government’s fault, not hers. I agree to some degree, I gave my country my all, the very least they could do is let a few thousand buck come my way.

But no. The government may be lax about a great deal many things, but not about its money. They can’t have people just get up and take money, because then everyone would do it. Outside, a few police cruisers are parked with very serious looking cops aiming slightly less serious looking guns at us. They are small town cops, using hunting rifles and revolvers made in the seventies. Once you’ve had several very angry men with AK 47s aiming at you, ten cops with a beer gut and revolvers no longer seem like the mighty arm of the law, more like a caricature by the New Yorker.

Piglet comes over to us with a gait that makes me doubt once again that she is a girl, but when she speaks there are those fine nuances of a repressed femininity.

“They’ve been parked there for a few minutes. I didn’t want to let on that this was not a part of the plan. What are we going to do, dad?” She sounds lost, close to scared, but deathly defiant to admit that. “Any bright ideas, Tricky Dicky?” I can just tell she is scowling under that mask.

I take Mrs. Shaw to the front door, cutting her off when she starts to say something with a look that says I’m not the bad guy, but I could be. I place her in front of me as we stand against the glass double doors, putting the gun to her head. I am not one hundred percent sure what I am trying to accomplish other than to make it clear we have hostages.

The most authoritative looking cops signals to the others to stand down. He approaches the door with his hands up and yells to Mrs. Shaw to remain calm. I think I almost admire him for that. There’s nothing he could do if I decide to shoot her, nothing she could do either, so why have what could possibly be her last moments spent  thinking no one can help her?

He is almost at the door and I signal to him to stop. I make my assessment of him in practically no time. It’s Crane, the town’s sheriff. He is old, about fifty, and looks like he was a very mean bastard twenty years ago, but years of seeing his little corner in small town Americana turn to drugs, alcoholism and racism that even someone from his generation wouldn’t put up with has worn him down into an almost timid man who tries to please everyone. His grey hair is cut in marine fashion, and his tan uniform is loos around his slowly decaying body. The aviator shades, however, make him look uncaring and in command.

“You in charge?” I try to take a lesson from Bruce Wayne’s book of tricks and mask my voice as best I can.

“Yes, sir. Sheriff Crane. Now, I don’t want anyone in there hurt, you hear? Let’s just make this quick and you surrender, and I’ll see what I could do for you from my end, what do you say?”

“I say fuck you pig.” I aim the gun at him and see him slowly retreat, knowing that this is going to be a long ass Tuesday.

Back in the lobby, Poh and Piglet have been busy. They’ve constructed amateurish barricades and blocked all the entrances except the front door, which I have to admit is pretty clever and badass.

I push Mrs. Shaw onto the floor as gently as I could without it being obvious it was meant to be gentle. She sits Indian style and breaths deeply with her eyes closed. Piglet is throwing random stacks of papers on one of the barricades, which is mostly comprised of chairs, and compresses the precarious construct with her boots.

“Well, if you want to know… There are ten cops out there, at least four of them look like they did an all-nighter and are barely awake, eight of them, including the sheriff, are armed with pistols, mostly revolvers, and two are armed with old looking shotguns. That, at the very least, is the situation at the front. I didn’t see any command vehicle or tactical teams, it actually looks like a bit of a mess out there, very little organization.” Poh and Piglet look over and shrug at each other, possibly surprised by the details of the report, but you learn to notice those things when you are out there in the world. “We are officially under siege.” I add.