Like anything, a story is born with a lot of blood, sweat, and tears, out of which
something beautiful develops. Everyone has a different approach to the actual process of getting down to it and putting ink to paper (or binary code for words onto binary code for blank page), but that is hardly the true beginning of writing a good story. The story is born in our minds, of course.

William Faulkner wrote that “The only thing worth writing about i 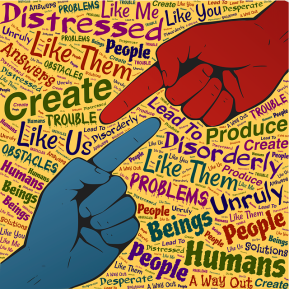 s the human heart in conflict with itself.” Whether you agree or not, it certainly means that not EVERYTHING is worth writing about, unless it involves some greater meaning or a glimpse into the essence of being human. On the other hand, we are all limited to our own world of experience, does that mean that the housewife in the suburbs has nothing to say? or that the 9 to fiver from downtown with the house full of dying houseplants should refrain from sharing his thoughts? No, just so long as there’s a point.

A story is born in our head out of some observation. This observation might be very striking and bring a wave of (sometimes) melancholy contemplation. This is where the whole essence of being human comes from. A singular even mundane event might bring our proverbial housewife to ponder the concept of fate and free will (like her kid running amok in the supermarket and catching herself regretting starting a family) or the 9 to fiver might get stuck in traffic on his way back home and ponder the complacency of the modern day workforce in comparison with the American revolutionaries. These observations, but more so those thought, will make our proverbial Everyman and Everywoman want to share their experiences.

Now it’s time to get out the paper or laptop. But I wouldn’t recommend getting right into it, take it step by step!

Those are the first things I do/think about when I set off to write something new, I hope it would help anyone out there to get better results in their writing.